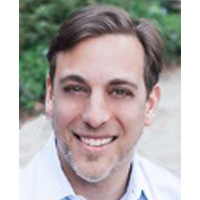 Mr. Libertelli is the General Counsel of CarrierX. He is an experienced executive with over twenty years of experience in law, technology policy and scaling Internet businesses. After his government service as FCC Chairman Michael Powell’s senior legal advisor, he worked as one of the first employees at Skype in California, DC and Estonia. Subsequently, he led and grew Netflix’s Global Public Policy function during the company’s world-wide launch to over 100 territories. At YouTube, he led a global team at YouTube responsible for creating and enforcing YouTube’s Community Guidelines.

His public policy work focuses on the Internet, telecommunications and entertainment industries. He has developed specific expertise in the areas of media law, intellectual property law and licensing, telecommunications regulation and network interconnection. During his government service, Mr. Libertelli implemented the Telecommunications Act of 1996 and the Communications Assistance for Law Enforcement Act. Mr. Libertelli has also practiced in the emerging area of Internet platform regulation and has been an active participant in several media and telecom merger reviews conducted by U.S. and EU antitrust officials. He was a board member of The Internet Association, the Family Online Safety Institute and the education reform non-profit, LearnLead.

Mr. Libertelli received his J.D. from the Boston University School of Law. He has appeared at many media and telecommunications industry conferences and has testified before lawmakers in the United States, Europe, Canada, and Asia. Featured in Washington Life’s “Power 100” he is based in Washington, D.C.

For the best user experience we recommend that you upgrade your browser using the provided links below.


I understand it may not be compatible continue using this browser